A downloadable interactive thought for Windows, macOS, and Linux

Give Me Strength is an interactive thought by James Poole.

I struggle to make things and this is a game about the thoughts that come with that among other things that pass by along the way.

The original soundtrack was created for this piece by Laura Ryder.

Keyboard & mouse and the main controllers are supported. I recommend using your keyboard to avoid potential compatibility issues but you can give the controller a go if you like.

Give Me Strength was supported by the Limerick Arts Council and Creative Ireland.

Linux - There is an issue where the camera cant pan around 360 degrees like in the other builds. This is a limitation with Unity on Linux. I would recommend the Windows or Mac build if you have one of them available but she should still run 95% mighty.

This is an interesting work of yours, James.
Anyways, I wish to give my regards to you in Ireland, and give my thoughts on this.

Of course, as you realized, we all have a sort of river of thoughts when it comes to our lives, whether it'd be an expectation, an idea, faith and belief of something, a sense of willingness, a question...
You've had these thoughts and many others, and this work of yours should be shared to make light of the complexity in our inside conflict.

I think I might be too into this, but, after all these random words, I like this, this sharing of what you had in mind when you were planning on making something.
You did made something, and it was more than enough to get people to think of themselves.

I guess this is what you wanted to convey to others?
Basically, it's a nice experience, that's what I wanted to say.

Howdy! I just played this after seeing it's nomination for AMAZE (congrats by the by!) I wasn't sure if this was the best way to reach out to you but I was struck by your design sensibilities as I feel we have some in common. The recognition of the affect striking visual design and voice can have. Switching up the vignettes to keep the experience novel. Also, the playful silly dance moment at the end. Hope this isn't tactless but I'd like to share my own work, I think you might find it interesting. https://duncan74.itch.io/life-at-1247pm
I hope this does not come across as cynical self promotion, I just thought you might feel similar. In any case, great game!

by "playing" this interactive thought, i'm reminded of the thousands of strange, some inaccessible thoughts i have about every single part of the creative process. i'm reminded of the fact that 90% of what i create is going to be shit and that i should accept that and continue creating regardless of that fact. and, finally, i am also reminded of the beginner's guide by davey wreden which is the highest compliment i could give to an interactive experience.

Thanks for sharing your thoughts! Appreciate the feedback a lot!

What a wonderful game!

I'm thrilled you enjoyed it!

I don't often write reviews, but I thought I'd give it a go here.

Over lockdown, I imagine thousands of   socially  starved creatives came up with some crazy ideas for games (or  'interactive thoughts' in this case) , and one in which you walk around interacting with hundreds of  thoughts and feelings  most certainly seems like it wouldn't have been made otherwise. Some are completely mundane, others are more thought -provoking, and some made me LOL ('THROW  THOSE SHAPES'). But they all form  the seemingly endless network of thoughts that make up 'Give Me Strength', allowing  the flow of James' thoughts to be relatable to all in some way, particularly people like me who like art and want to make it good, but have no idea how or why.

In terms of technical side of the game, there are one or two minor  things that pulled me out of the experience. Firstly, I accidentally skipped the tutorial and opening monologue by going to the blue guy  straight away, which was fixed by a second playthrough. A more  not-me problem is how, in the first level, there are invisible boundaries that make quite a few of the 'red guys' inaccessible; something very frustrating for  100% perfectionists   like me in  such narrative experiences.   However,  I'm not sure whether this an over-sight or a deliberate stylistic choice, since we can't access all our thoughts at the same time (would love to hear James' thoughts on this!).

The soundtrack is a great background to the experience,  being  soft and flowing enough to not interrupt your own thoughts and the flow of the experience, but never in a dull moment when you do pull away to listen to it: like good   elevator music, but better     and mirroring the echoed style of some character models. The animation style has a similar flow, with excellent and yet so tragically under-used dance moves, which definitely took far more  development time  than most other things in the game.

I don't believe that such an open ended game is designed to tell a cohesive story. Instead, it allows  the player to think as deeply and take as many lessons from it as they can interpret. I, for one, was reminded that good work comes from throwing lots of bad work out there  and seeing what people like. While  'Give Me Strength' can allow you to have a good think about the nature of your own wandering thoughts, I believe it is a little too abstract, and requires too much internal analysis, to gain mass appeal. But I'm also fairly sure that making the next indie  darling wasn't James' intention, but just to put another game out there and see if anybody could make meaningful connections to it. In that regard, I think it's class.

Thanks a lot for this! I appreciate you taking the time to share your experiences with the game, it means a lot.

Regarding the inaccessible red guys, Im sorry to cause frustration haha! Something that I was trying to get across in these levels is the lack of control that we often have over the thoughts that pass us by. And often I am trying my best to remember something but for the life of me I can't get that thought back. So yes, while this boundary is firstly a technical limitation (I needed to draw a line somewhere!), I thought this placement fitted what I was trying to get at. 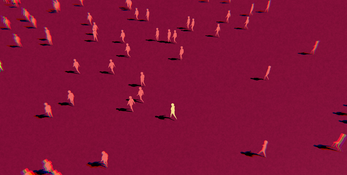 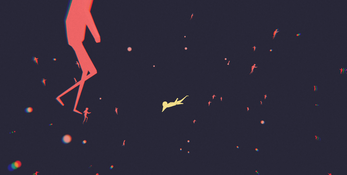 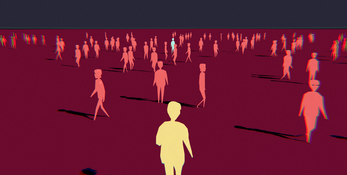